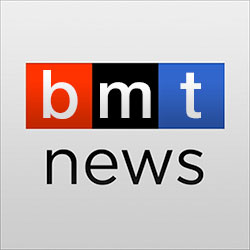 First, Slogger now has the native tagging I mentioned previously. Here’s how I chose to implement it (though this is up for discussion):

The nice thing about this method is it doesn’t require any of the plugins to change, works with any new plugins automatically, and allows you to add tags the same way that Day One does when you enter a post on iOS.

The downside is that with some plugins (Twitter especially), if you use a lot of hashtags in posts you’ll end up with a lot of tags in Day One that might not really mean much as far as sorting or organization. If I add conversation support to TwitterLogger, that will get even worse. I can easily limit the tag search to just the last line (where Slogger plugins put default tags), but for now I like being able to add arbitrary tags anywhere in the post. We’ll see if it gets out of hand.

I also added an App.net linkifier, so that usernames and urls get appropriate Markdown for linking.

I added some timezone fixes to a few plugins, as well. App.net and some others should now set the timestamp on posts to your local time, not GMT.

If you’re using git, you can update with a git pull. If you downloaded and installed the zip file:

I also updated nvWikiLink to be more forgiving when finding existing files. Some longer titles — especially ones with punctuation — were not being found and it was creating a new note every time. This should fix that, at the risk of linking similarly named notes accidentally. Let me know how it goes.

I also (finally) made some updates to nvALT. Minor, but we’re about one bugfix away from releasing 2.2. I may put another beta version out before then. If you’re running the beta, you’ll get a notification of that automatically.

If you want it right now, you’ll need to be able to compile the code (Xcode). The repo has the latest changes in it, including a fix for the crash on url import and TaskPaper file previewing.

The changes to MarkdownEditing are almost entirely user-contributed. I haven’t had a lot of time to update that recently, but I’ve been getting some help. See the commit history for what’s new.