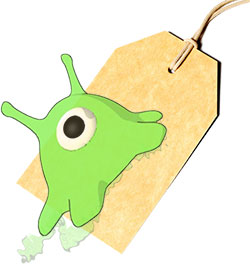 Day One recently got real tagging in the iOS apps, and it will be on the Mac version soon, as well. Slogger has been dutifully saving tags for you all this time, but I got it wrong. I used “@tags” and not the “#tags” that the developers eventually settled on. I should have known Twitter would win in the end1.

I’ve updated the repository so that all of the plugins now create “#tags” by default. However, this won’t help current users. Because tags are customizable, once they’re stored in the configuration they are no longer affected by plugin changes. If you want to switch your tagging over to hashtags, do a search and replace on slogger_config and replace all of the “@” with “#” on your tag settings. Take note, though, and see if there are any “@” symbols in your feed urls or your Flickr ID before you do a wild “replace all.”

Also note that Day One iOS is not automatically importing hashtags added to notes on other platforms. You can do an import from the iOS app under Settings and pull in existing tags, but new Slogger entries won’t show up as tagged. At least not yet. This update is to start preparing for the future.

The new tags in Day One are stored, like everything else, as elements in the XML file for the entry. The schema is simple and I’ll eventually be able to have Slogger add the “real” tags itself, and not even worry about sticking anything inline. That will happen soon, but I’m waiting to see a few things on the Mac side before I make any drastic changes.

I’m also planning to whip up a utility that will let you enter your tags from Slogger and will do a mass search through your Journal entries and add matching tag elements for posts containing those “@tags” in the body. I’ll plan to release that in tandem with the main tagging update, so you’ll be covered forward and backward.