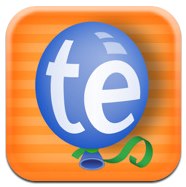 It may come as a surprise to some (many), but I’ve never really made effective use of TextExpander on my iPad or iPhone (TextExpander touch). I don’t do a lot of the things on my iPad which I do on my desktop, and the things that are similar often don’t support TE. When I want to write some Markdown quickly, I use Nebulous Notes with my custom macros. Lastly, my shell scripts don’t work on iOS, and most of my favorite snippets are, as you’ve seen, shell scripts.

Early this morning, though, I decided to figure out how TextExpander was going to speed up what I do on iOS. The fact that %clipboard (insert contents of clipboard) and $| (position the cursor after inserting) still work on iOS is a big deal. I built quick snippets for auto-pairing characters and placing the cursor in the middle, and accompanying snippets for doing the same with the contents of the clipboard.

The biggest downside is the innate inability of TextExpander to act on selected text. To use the c* snippets effectively, you have to cut the text and then run the snippet. Not my favorite thing to do, but combined with the $sel macro in Nebulous Notes, they make for pretty snappy typing.

Here’s the current set of the ones that actually worked out. Let me know what you’re doing with TE in iOS and how you’re making it useful. I don’t need to know about your signoffs and abbreviations, of course, but general workflow enhancements would be awesome to hear about!

Note: You can now install these using “Add group from URL” in TextExpander with this url:

Then you can auto-update if I expand the set in the future. I’ll be adding urls for my other TE groups soon as well.

Both the above url and the download below have been updated to fix a typo in the '' snippet.