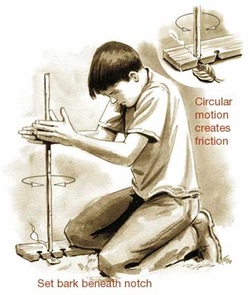 I’ve realized that my experience as a blogger for larger organizations and someone who has successfully marketed their own app I have some knowledge that not every developer is privvy to. I think it’s a good time to share what I’ve learned; things I take for granted but that could be very helpful to others just getting started.

The following is geared toward independent developers looking to release a Mac or iOS app on a budget. Grass roots marketing for indie devs.

The most obvious step is the most important. If your app isn’t based on a great idea or isn’t fully executed with all the necessary polish, none of this will do you any good. Get opinions from people willing to offer them, and if you can’t get good feedback, find some more testers. This is of utmost importance.

Once you have a polished app that is ready to roll, the next step is getting the press that will put you on everybody’s radar.

Press will make or break your app. Even if you’re releasing on the App Stores — with their built-in marketing mechanisms — you’ll fall to the bottom of the pile nearly immediately. Much like Google, if you’re not near the top, no one is going to see you. There’s very little incentive to dig. Thus, the most important step (in my opinion) is getting the app in front of the people who have the voice to tell others about it.

Pick the most relevant blogs for personalized contact. For a Mac or iPhone app, those are going to include Lifehacker, TUAW, MacStories and similar. Search those blogs for someone who’s covered similar apps in the past and address your contact to them. Blogs often provide a means of contact for individual bloggers. Use that. Don’t try to be sneaky and track down personal emails if they’re not openly provided. If you can’t find an individual’s direct contact, use the tip line for the blog. If you do that, you can address the note to a single blogger or make it more general and hope that they see it. That may take some thought and research as to the most effective method for any given group of bloggers.

Mention previous articles if it makes sense: “As someone who has covered […] in the past, you may be interested in a new app I’ve created…”. Press releases can be effective, but not nearly as much as getting a personalized email in front of the right person.

Keep in mind that you’re one of a multitude they’re going to hear from that day. A proper subject line and opening sentence is going to be vital to have your communique read. That being said, don’t try for outrageous. I guarantee that will get you skipped over quickly. Even with the best email contact, though, you’re still vying for the attention of a somewhat fickle group of people. I mean that as no insult to bloggers in general, I’ve just been around long enough to know that even the coolest new apps can be quickly passed over, even on the slowest news day. It all depends on what else is going on, and even on how stressed out or grouchy a blogger is on any given day.

Don’t pester. Seriously. There are a lot of fish in the sea, and a mention on one blog can restore the attention of another blog. If you don’t get a response, move on.

Don’t send any unsolicited promo codes out when contacting bloggers and press, just make it clear who to contact if they’d like to check it out. That both preserves codes for you and doesn’t come across as desperate for attention. Clearly state what the app does in just a couple of paragraphs (bloggers don’t read long letters, for the most part).

Bloggers like links. It saves time when doing a quick mention and provides the material for deeper research if they decide it’s worth it. Include all of the most relevant links. Link to screenshots (don’t embed them) and your homepage or a press page.

Make sure to include the planned release date, embargoes if you have to, and contact info. It does add credibility to have an email address under the domain of a dedicated website or the company name for your app. Your hotmail address will not make you seem like a serious developer. That’s certainly not a hard and fast rule, but it’s a consideration.

Covering all the bases

Beyond the outlets you select for personal contact, the rest of the blogosphere can be covered with a broader press release. You can cover all the major outlets for about $30. It might be worth shelling out the extra for copywriting unless you’re confident you can handle it. I created a boilerplate with a few tips in it, if you need a jumpstart. Most of those points are covered if you use an organization like PRMac2, which also provides the email list you need to cover all the relevant news organization.

Twitter is suprisingly important. Set up a Twitter account for your app and link to it liberally (from your app’s web page, other social media, in emails…). Twitter accounts for apps often end up being more about support than marketing, but it’s an easy way to stay in touch with the people who are most interested in your app, and gives you a base group with which to start conversations and make announcements that will spread beyond your follower count. Facebook may also be relevant, but I haven’t personally found or seen Facebook pages being nearly as relevant to an app’s success as Twitter. Go ahead and set up a Facebook page, and use Google+, too, but as of today I don’t think they’re your primary source of gold.

You want people to organically talk about your app; a few good Tweets from major sources can get that started. The only way to do that honestly and not have it backfire, though, is to impress the right people and let them talk about it on their own. You can DM those who follow you and ask if they’re interested in promo codes, etc. but don’t be pushy. Once the blogs mention the app, this will generally happen naturally. In any emails you send mention whether it’s ok to talk about it on Twitter and let people know you’d love to have them mention your app. No cheesy Twitter contests, no giveaways at the start, just organic mentions.

Once you have some coverage, sales, ratings and reviews, you can consider a promo. Whether it’s through something like $2 Tuesdays or just one you run on your own, that should get its own press release and blog contacts. Unless your app becomes quite prominent, it’s best to time those when other deals are happening and try to be mentioned in a roundup post. A lone sale doesn’t usually warrant a blog post, but if a blog is doing a “Deal Roundup” of sorts, it’s easier to get a mention there.

I’ve found from experience that the occasional discount can produce some major benefits: all the people who saw your app but decided not to get it will suddenly give it a second thought. Those people add up and the lowered price can be more than made up for in quantity of sales. Then you get the runoff: more customers means more reviews and ratings. Assuming those are relatively positive, that boosts the likeliness of future sales to people who want to see average ratings and total number of ratings (total number is quite important, people are more likely to take a chance on an app they can see has a fair number of satisfied users).

Don’t stop here. Check out what people smarter than me have to say. Steve Sande and Erica Sadun from TUAW have written a book called Pitch Perfect3 which concentrates on effective marketing in this area. If you’re doing this on your own, you should get it.

None of this is guaranteed to work, of course. I’m just sharing what I’ve learned over the years. Even the best apps can fail. Don’t take any of this as strict guidelines; it’s probably safer to take them as the rantings of someone who’s flailed around long enough to go slightly mad, yet had a little success. Nonetheless, best of luck with your new app!